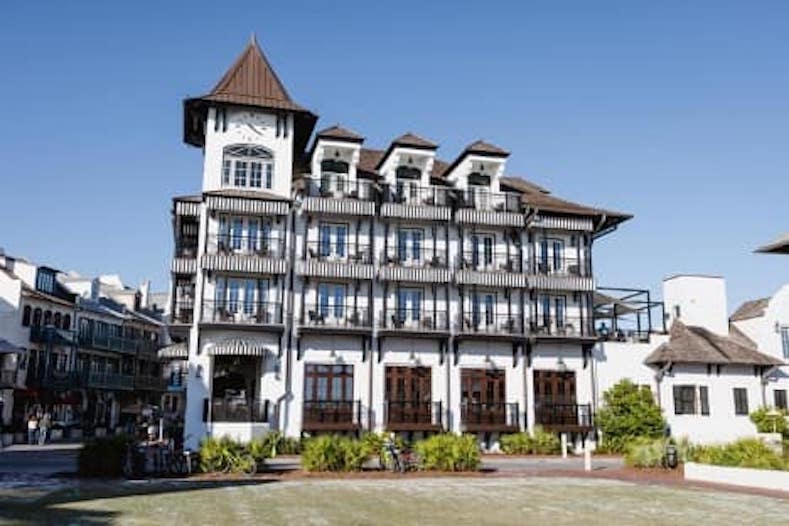 Tucked away on the Northwest side of Florida’s panhandle is a place that looks like it emerged out of a novel.

With its pastel-colored houses and white picket fences, it’s easy to see why Rosemary Beach is a desired vacation spot for many. However, this beach community didn’t start out as the charming oasis that it is today. In fact, Rosemary Beach has quite a rich history.

Rosemary Beach might be a relatively new community, but its history is one for the books. The town began in 1995, but the land on which it sits has a long and rich story. The Creek Indigenous People were the first to settle in the area, and they lived in small villages along the coast.

These villages are located near fresh water sources, which were essential for survival. They were eventually forced out of the area by the Spanish, who claimed the land for themselves.

The Spanish were the first to build permanent structures in the area, including a fort and a mission. The fort was used to protect the Spanish settlers from the Creeks, who were constantly trying to retake their land. The mission was set up in order to convert the Creeks to Christianity.

The area changed hands several times over the years, as both the British and the French claimed it at different points in history. The British eventually regained control of the area, and it became a part of the United States after the Revolutionary War.

The area that is now Rosemary Beach was first settled by a man named William Bythewood. He built a small house on the beach in 1831 and established a trading post. The area quickly became a popular destination for both fishermen and tourists.

In the late 1800s, the area became a resort community. The first hotel was built in 1884 and several other businesses, including a general store and a post office, were soon established.

The area was devastated by a hurricane in 1909, and many businesses were destroyed. The area was rebuilt and once again became a popular destination for both fishermen and tourists.

Foundation for a Dream

Inspired by other classic beachside communities, they aimed to bring back a sense of community, neighborhood pride, and convenience to residents. In other words, this piece of paradise offers its inhabitants the chance to live and work in heaven on earth.

The founders of Rosemary Beach, Andres Duany and Elizabeth Plater-Zyberk (also known as the duo that brought worldwide renown to Seaside), were the masterminds behind the plan and layout of Rosemary Beach. The town is set up in a way that discourages vehicular traffic and promotes pedestrian involvement.

Locals and visitors can take advantage of the many public parks, plazas, and gathering spots located throughout the town. One of the most striking features of Rosemary Beach is its ample amount of green space.

The timeless look and feel of Rosemary Beach are achieved through its use of both classic and modern architecture. The exteriors of the buildings are reminiscent of small towns from days gone by, while the interiors have all the amenities and conveniences that one would expect from a 21st-century beach community.

Another way that Rosemary Beach evokes a feeling of nostalgia is through its use of gas lamps. These old-fashioned lanterns are found throughout Rosemary Beach and help to create an atmosphere that is both nostalgic and inviting. 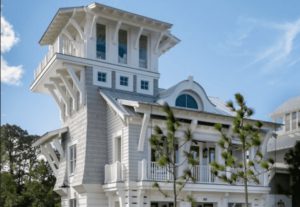 Inspired By a Carriage House

The first thing you’ll notice when walking around Rosemary Beach is the variety of architecture. The buildings are a mix of old and new, with some houses dating back to the late 1800s. One such house is the Grayton Beach Carriage House, which served as the inspiration for many of the homes in Rosemary Beach.

The Grayton Beach Carriage House was built in 1886 and is one of the oldest structures in the Florida Panhandle. It was originally used to store horse-drawn carriages and later served as a general store, post office, and stagecoach stop.

A Place for All Ages

Rosemary Beach is a place for everyone. There are a variety of activities and amenities that appeal to both young and old alike. For the young (and the young at heart), there’s the Splash Pad, an interactive water playground with spraying fountains, jets, and dumping buckets.

For those who are looking for a relaxing vacation, Rosemary Beach is also home to a number of shops, restaurants, and cafes. You can spend the day browsing through the unique shops, such as Seaside Sisters (a women’s clothing store), Salt Air Mercantile (a home goods store), or The Market Shops (a food market).

When you’re ready to refuel, there are plenty of dining options to choose from, including casual beachfront spots like Havana Beach Bar & Grill and more upscale restaurants like La Crema Tapas & Chocolate. No matter what your age or interests, there’s something for everyone in Rosemary Beach.

Vacation Spot for the Elite

With its luxurious amenities and leisurely pace, Rosemary Beach has long been a favorite vacation spot for the rich and famous. Notable visitors over the years have included Tom Hanks, Tim McGraw, Faith Hill, Billy Joel, and Oprah Winfrey. Even Prince William and Kate Middleton took a few days to relax in Rosemary Beach during their 2011 tour of the United States.

Despite its exclusive reputation, Rosemary Beach is still a warm community that welcomes all visitors. So, whether you’re looking to spend a week relaxing on the beach or exploring all that this unique town has to offer, Rosemary Beach is sure to have something for everyone.

Rosemary Beach is more than just a pretty face. It’s also home to a vibrant community of people who are passionate about living life to the fullest. The town hosts various events throughout the year, including concerts, art festivals, farmers’ markets, and holiday celebrations. There’s something for everyone in Rosemary Beach!

Ready to call this charming town your home? Browse the listings for 30A Local Real Estate to find the perfect Rosemary Beach home to live that beach life year-round.

Please enter your username or email address. You will receive a link to create a new password via email.